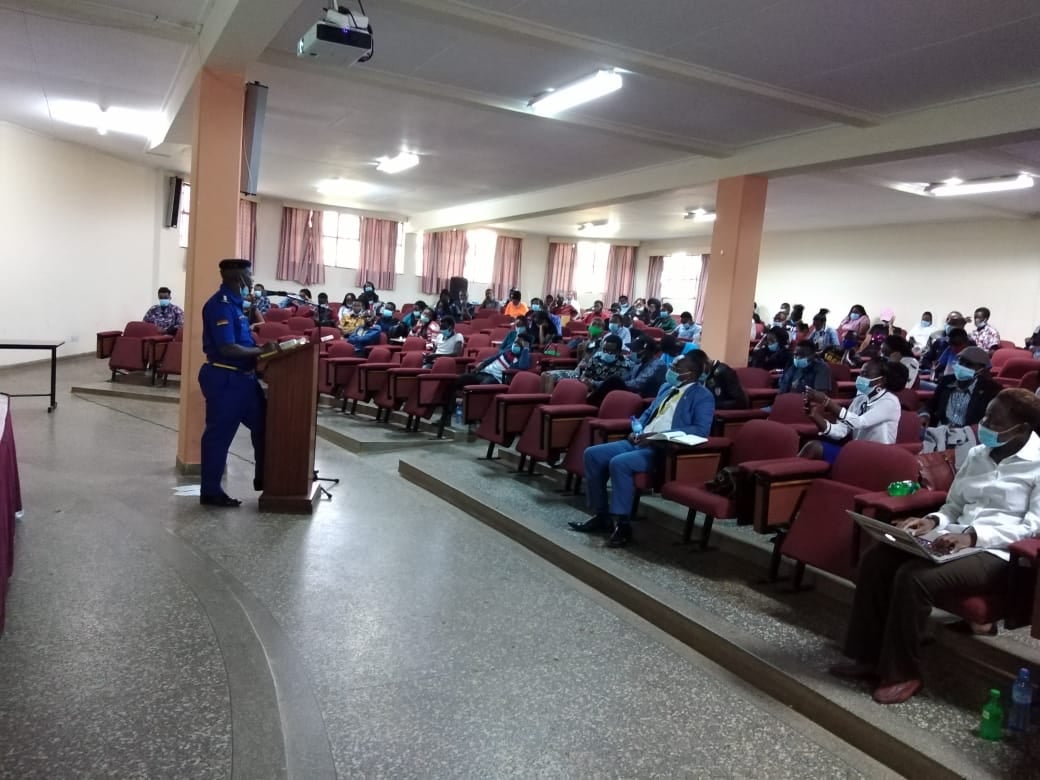 People go to universities for a variety of reasons. For some is to get new knowledge, for others are to get a job promotion and others is to earn more. Universities play the role of building knowledge among students through exposing them to diverse world-views. In some cases, university students have gone ahead and become politicians in their respective countries and taken up the roles of policy making. The multi-party democracy as we know it today, owes its origin to politicians who were once student leaders in various universities in Kenya[1].

Many countries in Africa are signatories to International Human Rights documents that safeguard various rights and freedoms, in addition countries have domesticated the content of these instruments and they form part of constitutions of many countries across the continent. However, despite existence of human rights instruments , state ratification and domestication of  treaties and conventions , realisation of human rights in institutions of higher learning and communities is still a challenge. Violations of student rights both within and outside learning institutions is not a phenomenon that  started today.History in Kenya for example is replete with examples of violations dating to the 1969 .For example , Students and the government first collided in 1969. When the government prevented Oginga Odinga, leader of opposition party, Kenya Peoples Union Kenya Peoples Union (KPU), from speaking at the University College of East Africa-Nairobi. Consequently, the students demonstrated and boycotted classes[2].

Following trends in student activism in other parts of the continent, students held a licenced meeting to protest the death of Walter Rodney[3] and condemn apartheid in South Africa and the role of multinational corporations in Kenya, in response, the Nairobi University Students’ Organisation(SONU) was banned, and the police –the feared Special Branch[4]

In February 1982, the government the government allowed for the registration of the Students’ Organisation of Nairobi University (SONU), in August of the same year, there were detentions without trial and an unsuccessful coup attempt, which led to the closure of the university for fourteen months, and student’s activists were put under closer surveillance. Titus Andugosi Aloo[5], chairman of the newly formed SONU, along with sixty-seven other students, were thrown in jail and tortured. (Africa Watch 1991a:391: Kenya Human Rights Commission 1992:3).Furthermore , for participating in a demonstration in support of the coup, Andugosi- a student leader and chairman of Students Organisation of Nairobi University (SONU) was convicted of ” sedition ” and sentenced to 10 years in Kamiti Maximum Security Prison, where he died in 1988 from mistreatment including denial of adequate medical attention(Africa Watch 1991).Other students  such as David Onyango Oloo[6] and Muga K’ Olale were also convicted and jailed for terms of five to ten years [7].

Amongst students , various human rights gaps exist with violations,  continuously meted by the very individuals and institutions supposed to protect students .Across East Africa, there are cases of students being abducted[8], harassed[9] for example in the infamous sex for grades phenomenon which is a silent epidemic  in intuitions of higher learning , to disappearing/ missing  marks[10] .

Sex for grades is a silent pandemic because despite the vice happening , many student would rather not talk about it because of  fear of not graduating or being victimised  for speaking out. When marks disappear and this anomaly is not remedied as soon as possible, the chances of a student(s) graduating are almost nil.  Other rights violations encountered by students include abuse of security of the person, degrading and dehumanising treatment as is the case during police[11] raids in campus, inability to enjoy the right to education because of migration too digital[12] learning leading to many students being unable to continue learning due to internet problems and lack of digital gadgets. University students have also been on the receiving end of delayed justice. Many students when in conflict with the law, may be unaware that they have the right to tell the court that they are students or can request for case mentions to be brought closer to enable expeditious completion of their cases.

Many students get into universities fresh from high school, many a times they do not know how to navigate existing systems within campus, sometimes they are taken advantage of by more senior students for example during fresher’s[13] bash, many first years are forced into sexual relations by senior students, some get infected with STIs and other diseases, some students also get drugged or introduced to illegal substances while others get pregnant. What happens in fresher’s bash comes to haunt a student later in life[14].

When new in campus, the experience is a mix of emotions, there is the exhilaration of being an independent adult, the sadness of missing parents and siblings and the anticipation of a new life, new friends and a new environment. The university is a community, bringing together students from all walks of life and social classes and with varied personalities.

Various rights abuses have been meted on university students over the years across East Africa by fellow students , by staff within learning institutions and by national security apparatus .These  violations range from police raids in campus[15] to students being taken to court over charges as well as rising cases of suspension[16] and expulsion[17], furthermore there are cases of students attacking[18] fellow students and even reported cases of murders[19] as a result of love triangles among either students themselves or among students and non-students[20].When students have rights issues within institutions of higher learning , many a times they may lack  information on how to go about the process .Being in university is considered a privilege among many people , especial in parts of the world where education is privatised .However ,the sad reality is that millions of university students  are suffering from a variety of issues to do with economic, social as well as relationships , on top of this  , they have to pass exams and eventually  try and make it in life.

It is against this backdrop that Haki Nawiri Afrika[21] through a Shrinking Civic Space in Institutions of Higher Learning Project supported by Rosa Luxemburg Stiftung (RSL) – Regional Office for East Africa is working with university students to enhance their capacities to demand and defend rights, strengthen responsiveness to issues affecting students, enhance capacities of students to access justice and enabling students solve community problems. As a response to gaps in university students’ awareness on their rights, the project has trained students on human rights and human rights violations including providing referral points when rights are violated. Additionally, the project   brings student and human rights activists to share and learn from each other. The project further organises sessions where students and police officers come together to raise issues of concern, this helps in addressing various rights violations meted by the police on students and at the same time students are enabled to understand how the justice system works from a police department perspective. This process has helped bring together these groups of entities which have over the years enjoyed an antagonistic relationship.

Through psychosocial support dialogues, student is provided with safe spaces where they can share issues affecting them and explore solutions. At the same time, they are linked with the much needed services through an informal buddying system. To further empower university students on rights, Haki Nawiri Afrika in collaboration with Legal Resource Foundation, has organised training sessions for students on paralegals, this helps equip students with basic knowledge of the law and covers elements such as citizenship, Alternative Dispute Resolution, human rights institution building, gender and development, child rights and the Criminal justice procedure among others. These skills not only help the students understand law, defend their rights but also be in a position to help community members address legal issues at the local level. The project has also developed a Students Advocacy Manual which is a reference book for students to understand various violations and how to handle them within institutions of higher learning and beyond.

University students thought assumed to be privileged constitute a vulnerable group that needs support on issues of human rights and social justice.

[21] https://hakinawiriafrika.org/ This story was submitted in response to Human Rights for All.