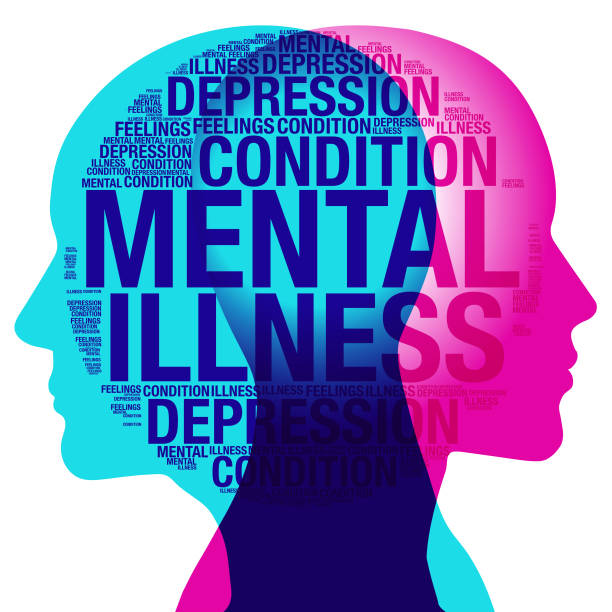 The World Health Organisation(WHO) defines mental health as a state of well-being in which the individual realises his or her own abilities, can cope with the normal stresses of life, can work productively and fruitfully, and is able to make a contribution to his or her community”. Mental health is a challenge in Kenya .It is estimated that six million Kenyans suffer from mental health conditions. Furthermore, The World Health Organisation (WHO) Annual Report (2017), ranks Kenya as sixth among African countries with highest rates of depression (at 1.9 million cases).

Examples of mental illness include bipolar, suicidal tendencies, depression, eating disorders (bulimia and anorexia nervosa), panic attacks, suicidal tendencies and anxiety among others. Death by suicide has been experiences across many Kenyan families and it has left a sad trail in its wake. The World Population Review ranks Kenya at position 114 among 175 countries with the highest suicide rate., additionally, Kenya’s suicide rate is at least 6.5 suicides per 100,000 people, a figure echoed by the World Health Organisation.[1]

Mental illness is one of the most misunderstood conditions in Kenya and across different parts of Africa. It is also a condition that brings with it a lot of stigma and discrimination. Those who suffer the most are the directly affected as well as their families. In some family’s persons with mental health are condemned, kept away from other people more often in darkened rooms, locked up not to interact with others and often viewed as “troublesome”. Additionally, access to mental health services is very expensive and a long term processes. The high cost of mental health services also deters majority of people from accessing these services.

It is worth noting that half of all mental health illnesses begin by age 14, though most cases go undetected and untreated. Furthermore, in this age group, depression, anxiety, conduct disorders and attention deficit/ hyperactivity disorder (ADHD) are the leading cause of ill health for this age group, if left unattended to, these illnesses continue into adulthood and negatively affect work, relationships and overall quality of life.[2]

Isolated and abandoned, excluded and silenced, many people with mental health problems face daily challenges in their lives. For others, mental issues are mirrored in a happy face because society does not accept admittance that one is not okay, more so having mental health challenges. In some cases, people refuse to go for counselling because of society’s judgmental attitude. Society becomes aware that someone is suffering mental health issues when they get to the extremes either when one commits macabre murder or commits suicide. That is when you see an outpouring of “grief”” with some saying why didn’t he /she tell us what was going on? why didn’t they talk to someone? Why didn’t they seek help? But alas many a times it is too late. The lack of understanding of what mental health is and the negative perspective given to counselling among many people leads to suffering in silence. It is not easy for a person to take themselves to a counsellor, they have to be forced. Counselling is also associated with the stigma of madness. Many people do not want to accept that they have problems. This bring out the importance of peer counselling where an individual can share their problems in a safe environment and not be judged. Society, with its expectations of machismo also makes males not to admit when they have problems. In many communities in Kenya and across Africa, males are not expected to express weakness, to say one is suffering is an admission of weakness. This can explain the high rates of suicides among men than women.

The damage of mental illness sometimes takes time. And when the mental illness becomes visible, family members start chaining the ill and hiding them away. It is not uncommon to hear of cases where a mentally ill family member is chained to a tree, or left in a dark room alone. Mental illness is compounded by the fact that there are very few mental health service providers in Kenya, this emphasises the importance of prevention and care before a case becomes severe. For example, there are an estimated 100 psychiatrists in Kenya and most are based in Nairobi, Kenya’s capital city. Outside Nairobi, there is one psychiatrist per 1 million people. Additionally, there are 12 neurologists in Kenya and all practice primarily in urban settings of Nairobi, Kisumu and Mombasa and are primary found in private practice settings.[3]

Mental illness is a silent epidemic, that warrants an urgent intervention. To complicate matters, mental illnesses may not present visible symptoms such as for illnesses for example headache, fever and diarrheas, making detection another hurdle that families have to cope with Many people suffer from mental illness in Kenya and the rest of Africa, but sadly there is lack of adequate awareness on mental illness. This is also coupled with the various beliefs that exist. The difficulty in detection of mental illnesses creates a fertile environment for misinformation to thrive.

In many African community’s mental illnesses are deemed to be caused by evil spirits[4]  or by witchcraft. In such cases the mentally ill person is taken to a religious institution for exorcism of the evil spirits. For example, for example, a study done in Ethiopia found out that Ethiopians were highly to attribute psychological illness to paranormal causes such as oaths or non-physical control (Tefera & Shire 2012)[5].This is partly because of lack of information about mental health and the resultant stigma that comes with mental illness. And of course mental illness in a family member more often means drastic changes in the family’s way of life. Hence, to successfully treat these illnesses, the therapies should be both solid like herbal treatment and divine. Research carried out in Uganda publicised that the word ‘depression’ is not entirely culturally acknowledged (Ocelli & Ebla 2006). Similar research in Nigeria established that people react with fear, evasion and irritation towards individuals’ mental illness. The stigma related to mental sickness can be ascribed to lack of education, fear, spiritual thinking, and over-all bias (Arboleda-Flo’rez 2002).[6] In addition to this, there is an innate fear in seeking help for persons with suspected mental illness because of fear of being diagnosed as mentally ill and lack of resources. Furthermore as noted by Boldero and Fallon(1995), health seeking behaviour of a person  with mental illness depends on the sternness of the sickness and its cause effects. This line of thinking is also echoed by James & Peltzer (2012), who observe that the reliance on traditional medicine is also due to the trust that ailments are caused by a supernatural strength as well as the belief that traditional cures are more effective.

We all need to realise that it is OK not to be OKAY and break the SILENCE and stigma on mental ill-health.