According to Oxfam, over a quarter of a billion more people could crash into extreme levels of poverty in 2022 because of COVID-19, rising global inequality and the shock of food price rises supercharged by the war in Ukraine.1According to the Kenya Food Security Steering Group(KFSSG’s) Annual Short Rains Assessment, there are 3.1 food- insecure people in pastoral and marginal lands, this accounts for 48 percent increase since 2021.

The effects of a third consecutive below-average rainy season are resulting in deteriorating food security outcomes driven by the impacts of poor crop and livestock production, resource-based conflict, livestock disease and mortality, and the COVID-19 pandemic. In February 2022, the KFSSG’s annual Short Rains Assessment reported that there are around3.1 million food-insecure people in pastoral and marginal agricultural areas, a 48 percent increase since August 2021.2Due to the prolonged drought, the Ministry of Agriculture in Kenya reports that a total of 1.5 million livestock died in three months to march, this putting the lives of pastoralists who rely on animals at stake. Of these 253,000 were cattle, 1.21 million sheep/goats and 43 were camels.3 The most affected regions of the country are arid and Semi-Arid(ASAL) areas. According to the Kenya National Bureau of Statistic (KNBS), the overall inflation rate as measured by Consumer Price index(CPI) or the cost of living index, rose mainly due to an increase in food prices and those of non-alcoholic beverages.4

Prices of basic commodities have risen in the country for example a 2kg of maize costs between Kshs. 200 to 215 but has since been lowered to Kshs 150.Furthermore, there is currently a subsidised maize flour costing Kshs 100, however this is   cheaper maize flour is a hurdle for many people because it is not available and in supermarkets where it is found , there are large queues.The price of cooking oil has also skyrocketed. This is coming in the wake of the negative economic impacts of COVID-19 including job losses and closure of business. 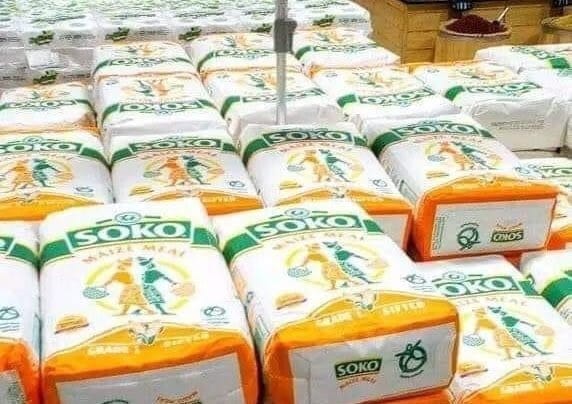 Organised by the Route to Food Coalition,  Food Manifesto assesses the current food security issues, demystifies some of the common myths and misconceptions about food and provides proposed interventions to address the current food security issues in Kenya as well as bold a foundation for a sustainable, equitable food system for Kenya. The Launch of the Food Manifesto was held at Villa Rosa  in Nairobi and brought together representatives from government, politicians ,both in office and aspiring, CSOs and the media. Haki Nawiri Afrikahttps://hakinawiriafrika.org/ was  one of the CSOs that were represented at the Launch of the Manifesto. 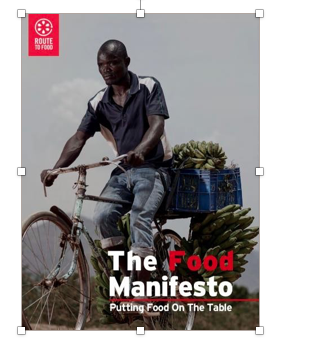 Why a Food Manifesto?

A Food Manifesto is relevant to Kenya as a country because  of the  belief that it is important for political leaders to include food agenda in their political manifestos at a time when the country is gearing up to have a change of guard at all levels of leadership,to have all stakeholders think have all the relevant stakeholders think critically about matters food, the devastating impacts of hunger on Kenyans as well as the rising cost of food,the statistics that tell a grim tale of hunger and food insecurity for example over 5 million Kenyans suffer from chronic food insecurity while a further 1.5 millIon are constantly exposed to severe food insecurity and the risk of starvation.Additionally in the Kenyan context, there lacks a political commitment  to address food insecurity, the solutions presented are often quick fix which inadequately respond to the felt needs in terms of food .Agriculture also plays a key role as an employer and 70% of Kenyans are engaged in agricultural production according to FAO. 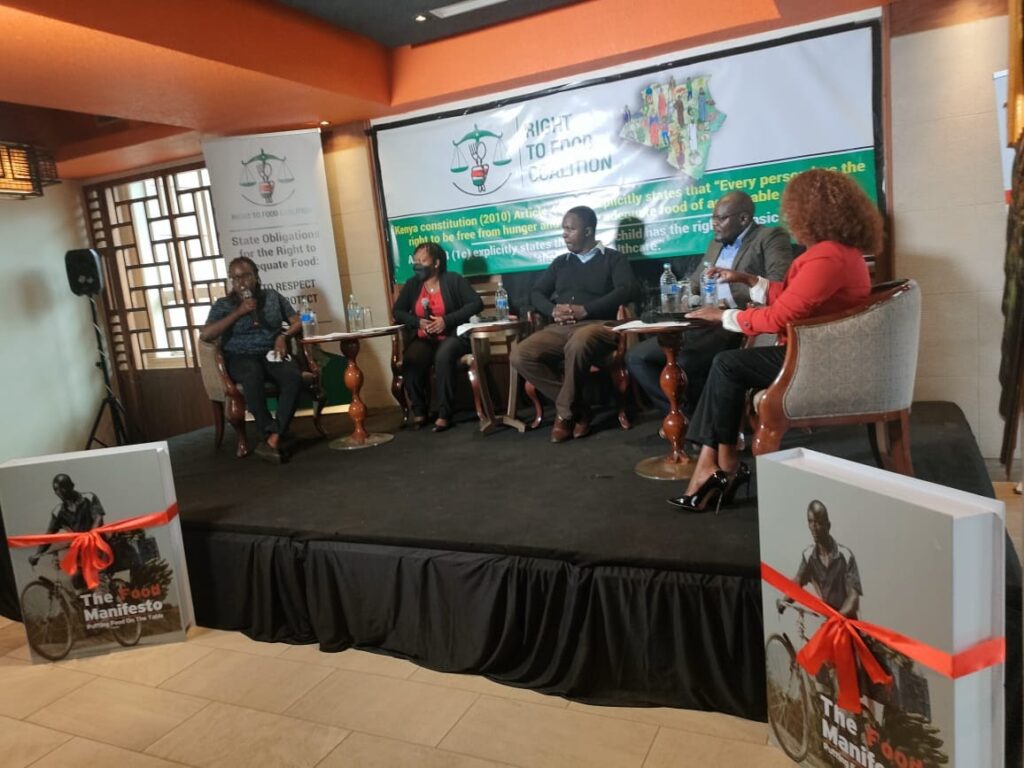 The Launch of the Food manifesto took place on 23rd June 2022 and involved sharing of perspectives from government officials, CSOs, Kenyans citizens, current and aspiring politicians and media. Issues emanating from the launch focused on food as a national security, support to farmers, budgetary allocation, non functionality of agricultural extension services within the country and the view that food is a national security issue.

In Kenya , food is not accorded the importance it deserves .The prices of food have been left to market forces with food prices skyrocketing to over 100 percent in a very short period. Access to food has become a mirage for many people, with some due to vulnerability have resorted to consuming dogs, which is considered not culturally appropriate among Kenyan communities. Furthermore, people have to go to the streets to express their displeasure on rising food prices evidenced by the recent Njaa(hunger) Revolution demonstrations on the 7th of July 2022, it is quite unfortunate that during similar demonstrations over basic commodities, many Kenyans often label activists as troublemakers.

The views of participants during the Launch of the Food Manifesto was that food should be treated as a national security issue because hunger has the power to make people go berserk. It is also important to spend more on budgetary allocation for food because food has the potential of resulting into insecurity.

Agricultural extension service and food production go hand in hand, but this is non-functional in Kenya. Annually we get to see adverts for police officers and other state security agents, however, agriculture which is the backbone of the country hardly ever gets extension service officers adverts. Agriculture has been abandoned and particularly smallholder farmers left to the mercy of corporations who sell them seeds and agrochemicals that end up affecting the soil and yields.

On regional policy environment and how it relates to food, since the Maputo Declaration, there has never been adequate allocation of resources to agriculture and that despite its importance. Agriculture is not given enough attention. It is therefore of great relevance that Kenyans meaningfully participate in budgetary processes at the county and local levels and demand more money to be allocated to agriculture. It is very wrong to quote very many statistics on agriculture being the backbone of Kenya as a country and yet citizens continue to go hungry day by day.

Youth in Kenya will not be attracted to agriculture if the problems of the past within the sector have not been resolved. Agriculture can be made to be more attractive to the youth who can engage in various levels of the value chain, as not every young person can become a farmer, but can still engage in food production at different levels. Youth in Kenya have embraced ICT and this can be used in processes such as advertising, marketing and sales. Agriculture is a devolved function in Kenya, this calls for infrastructure to be availed to support farming, if this is done, Kenyan youth will not be complaining of lack of jobs because there is a lot of potential in agriculture. Furthermore, food is something consumed every hence there is always a ready market.

It has been observed that during Kenya’s General Election campaigns very few people are discussing the subject of food. There is need for the electorates to demand realization of the right to food and interrogate political manifestos and what their stand for on matters Right to Food. Food need not be left to market forces because very many people are suffering and sadly politicians continued to campaign and organise huge rallies when sections of citizens go to bed on empty stomachs. 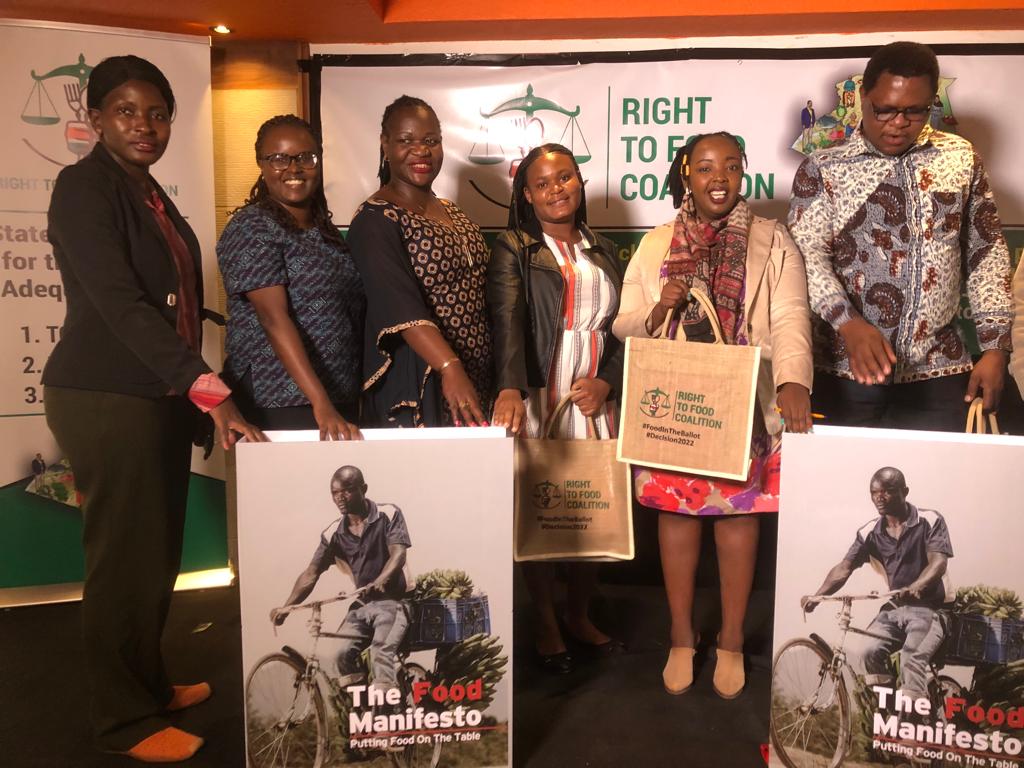 An envisioned future for Kenya, in the wake of climate crisis, rising food insecurity and skyrocketing global food prices as well as the fact that Kenyans are going into elections of new leaders, what the country requires in relation to food production in the country would be a future where resources are adequately available for agriculture, where images of farmers wearing tattered clothes and sweating in the sun is a thing of the past. Kenya also needs an environment where smallholder   farmers are supported adequately, given that agriculture is a devolved function. Consumers also need to be more conscious of what they eat and demand healthy food, produced through agroecology.