Climate Change and Human Rights: A Call for International Solidarity 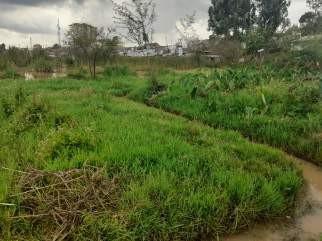 Overproduction and overconsumption in the rich, northern parts of the planet have “imbalanced the world as far as climate change is concerned.” The poor of the Global South fight for mere survival, with the vulnerable populations losing the fight. “In the past we used to have people living up to 110 years and over; these people have died because their age-set system was dependent on the trees they planted” – which are now gone.

“Pursuit of growth and profit are at the core of exploitation, structural poverty and global warming.”

Sadly the people most affected by climate change are also those at the lowest rung of the economic and social pyramid who are unable to take care of themselves or lift themselves out of their predicament due to economic factors.

Driven by increased human activity and emission of toxic gasses through trade, industries, transport and the increasing wave of military activities, the world is becoming hotter than ever. Overproduction and overconsumption and the quest for maximum profit at all costs has imbalanced the world as far as climate change is concerned, with one tip producing more than they can consume which is dumped on the other edge where the majority are poor and fighting for mere survival.

Africa and many developing nations are being bombarded to reduce their emissions, while in reality their contributions to the global emissions are very minimal. The world’s largest Trans-National Corporations (TNCs) based mainly in the global north and with ever-expanding operations in the global south have long been at the forefront of these excesses. This pursuit of growth and profit are at the core of exploitation, structural poverty and global warming.

“Across the world, communities are made vulnerable on a daily basis by intensified exploitation of natural resources and overproduction for profit.”

The largest emitters are the major contributors to global warming. The top 10 emitters contribute 72% of global green house emissions. On the contrary, the lowest 100 emitters contribute less than 3%. In 2011, the top carbon dioxide (CO2) emitters were China, the United States, the European Union, India, the Russian Federation, Japan, and Canada. These data include CO2 emissions from fossil fuel combustion, as well as cement manufacturing and gas flaring. Together, these sources represent a large proportion of total global CO2 emissions.[2]

It’s against this backdrop that activists from various parts of the world convened for an international workshop on climate change and human rights in Davao City, Philippines in July 2016 [2].

It was observed that the ever increasing green house gas emissions continue to wreck havoc on people. These tragedies in the scale of hurricane Katrina and Haiyan as well as extreme weather variability events including land slides, floods are becoming the daily struggle of millions of the world’s poor.

Climate change continues to affect fishermen, peasant farmers, and communities living in informal settlements, Indigenous Peoples among other categories of frontline communities. Conversations with frontline communities in Kenya under a Climate Justice Project by Fahamu Africa indeed confirms that no mechanisms exist for cushioning these already vulnerable groups from the effects of climate change.

For female peasant farmers, climate change means unpredictable rainfall, unproductive soils, cross border migration from Tanzania during drought spells, more labour, hunger and reduced yields. Additionally climate change paves way for increased exploitation by middlemen as observed by Timothy Obondo, a small scale farmer. “The middlemen buy a tin of maize from the farmer at Kshs 40 and sell it back at Kshs 90,” he said.

For the Sengwer, a forest dwelling community in Kenya’s Cherangani Hills, climate change implies cultural genocide, loss of sources of livelihoods and loss of identity as a people. It also means a destabilized age set system, as Josphat Kiprop of the Sengwer Supreme Council laments. “We no longer have elderly people in our community. In the past we used to have people living up to 110 years and over; these people have died because their age-set system was dependent on the trees they planted.”

There is increased use of the military in oppression of the Sengwer. Evictions from their ancestral homes have come in the form of burning down of houses, confiscation of household goods and arrests. This is also echoed by the Lumads   in the Island of Mindanao and the Manobo, whose ancestral homes are areas rich in natural resources.

Time and again indigenous people continue to be accused of destroying the forests, but in reality Indigenous People have had their own systems of forest governance since time immemorial. The Sengwer in Embobut Forest pointed out that the community had its own system of environmental protection with each clan assigned a specific glade to protect. A clan had a designated place where beehives were kept, and no hunting was done on a forest other than one belonging to a clan. In case one wanted to hunt in a forest other than theirs, they had to seek permission from the clan elders. Each spear had its own clan symbol. One could not set beehives in the forest belonging to another clan; but elderly people could ask for permission to put up their beehives.

“The middlemen buy a tin of maize from the farmer at Kshs 40 and sell it back at Kshs 90.”

Under the guise of Natural Resource Management (NRM) projects, Indigenous People get forcefully evicted from their ancestral homes, the oppressors in many instances work with community leaders who turn out to be sell-outs. As Chebet of the Maron Youth Group points out, ”We were duped to select leaders, who attended a consultative meeting and when they can back, they lied to us that the best option was to move out of the forest.”

For communities living in informal settlements of Mathare in Nairobi, climate change means flooding and the subsequent destruction of sources of livelihoods, deaths and injuries, forced evictions and disrupted access to schooling for children. The support provided during disasters only comes for a short period; that is if it’s availed and there are no mechanisms put to make follow-ups for the survivors of a climate tragedy.

For the poor in Kenya, climate change adds to an already perilous existence. For instance Dandora dumpsite is one of the largest dumpsites in Africa, if not the world. The dumpsite was classified as “full” in 2012, but continues to operate to date. Communities living adjacent to the dumpsite have to do with noxious smells and other airborne diseases. As one Kimani, a community member in Mathare, questioned during climate justice dialogues, “Why is it predetermined that dumpsites should be located in Eastlands part of Nairobi where the poor live?”

For marine ecosystem communities climate change means less fish through either migration or death. It means women have to cover longer distances in search of water and this has implications on household conflicts. To Trans-National Corporations this means an increase in the power as they exploit natural resources, which in turn create an imbalance in the ecosystem. As voiced by Komora of the Malindi Rights Forum, “We eat chemicals, breath chemicals and drink chemicals. The salt companies pour poison into water and this kills fish, even whales die and they are the most resilient animals.”

“Why is it predetermined that dumpsites should be located in Eastlands part of Nairobi where the poor live?”

For fisherfolk, climate change means reduced fish stocks as fishermen have to go deeper into the lake in search of fish. It means reduced access to nutrition for families as fishermen have to make a hard choice between feeding their families on the catch or selling it to the local market to make money. The feeling of exclusion of fisherfolk as frontline communities is evident especially when decisions are being made. As cited by Nicholas Olambo a fisherman in Mfangano Island on Lake Victoria, “Voices of fishermen are never heard because they are always assumed to be illiterate.”

The intersectionality of people’s struggles on issues of climate change calls for concerted efforts towards climate justice. Across the world, communities are made vulnerable on a daily basis by intensified exploitation of natural resources and overproduction for profit.

There is a need to launch and strengthen grassroots educational and advocacy campaign to further deepen people’s understanding of the relationship between climate change and human rights, amplification of local struggles bringing these issues to the national, regional and international agenda, support for frontline communities affected by the impacts of climate change in their struggles for justice and reparation as well as strengthening awareness building outreach, people-centered adaptation and mitigation strategies, research, and mobilization.