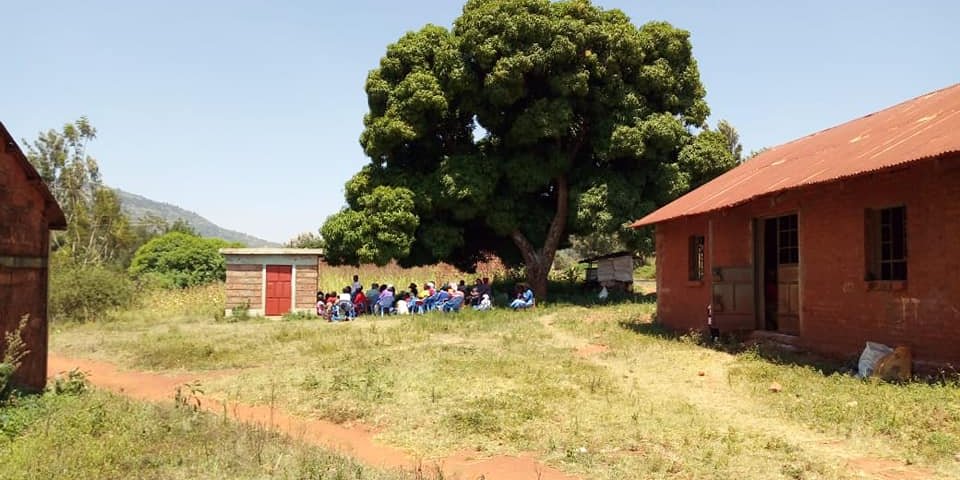 Women make up more than 50% of Africa’s population and 80% of them reside in rural areas. Over 60% are employed in rural areas in the agriculture sector.[1]Rural communities in Africa are endowed with natural resources, however, rural women continue to face differing realities and challenges across the continent[2].The challenges faced by rural women are interrelated to gender inequality and existing structural barriers, this includes unequal access to power and resources which in the long run contributes to poverty. Additionally, women have limited access to infrastructure, decision making spaces and this is coupled with productive and reproductive roles that women have to endure. Other rural specific challenges include gender based violence, maternal mortality because of the distance to the nearest hospital, resource based conflict and the subsequent uprooting of families from their homes due to evictions and insecurity and embedded patriarchy.

Women in rural areas are also traditionally responsible for household and reproductive labour, spending up to 10 hours a day caring for the nutritional health and well-being of children, families and communities, cleaning and cooking, fetching water, fodder and fuel.

With the onset of the Covid 19 pandemic, rural women have continued to suffer. In celebrating the International Day of Women (IWD 2021), Haki Nawiri Afrika, with support from Rosa Luxemburg Stiftung(RLS) Regional Office for East Africa, organised dialogue termed “Rural Women Conversations”, in Muvuti ward, Machakos county in Eastern part of Kenya. Through the dialogue, rural women got a platform to share their experiences on the ravaging impact of Covid 19.

Many rural women across Africa in addition to farming carry out petty trading. Restrictions on movement to contain Covid 19 meant that markets were closed, thus disrupting the sale of products. In addition, majority of mothers consumed the stock they had as there were no customers to buy. Many rural households do not have electricity, and hence perishable farm produce became rotten, leading to more losses for rural households. About 83% of households in sub-Saharan Africa rely on traditional fuels while 74% lack electricity. The Global Network on Energy for Sustainable Development (GNESD)states that majority of the world’s poor live in rural areas with limited access to modern energy services and thus depend on traditional energy sources, e.g., biomass. Globally 940 million people have no access to energy [3].

Women are expected to be caregivers and disciplinarians across many African households, when children go astray, become indiscipline or develop truancy tendencies, the blame falls on mothers. With Covid 19 and the subsequent school closures, rates of teenage pregnancy went up as some children got defiled at home by the very people supposed to protect them. Rural women shared that sex and sexuality are subjects that are never discussed because they are considered taboo topics in many African households. Furthermore, when children are born out of incestuous relationships, many families in the rural areas would rather shut up because they believe that it will make the girl non-marriageable and marriage is considered a very important rite in the life of an African.

The Covid pandemic brought with it increased stress levels within rural households. Loss of jobs, restrictions on movement as well as school closures meant that household budgets increased. Furthermore, the closure of majority of workplaces led to worked going home hence disrupted sources of household incomes. This meant that stress was vented on mothers and wives. Women report of husbands not leaving money to buy food, but asking for food. Whenever there is no food at home, women get verbally abused and in some cases beaten up.

Covid 19 also paved way for increased Gender Based Violence (GBV) especially women. There was a rise in cases of Gender based violence especially during the partial lock downs and restrictive movement periods to contain Covid 19. And sadly cases  that warrant legal attention  in rural areas are never reported because of  fear .The girl child also suffered for example those who got pregnant resulting into disrupted education. The teenage pregnancy further meant more care roles for mothers and grandmothers as the teenage mothers resumed school. On sexual and reproductive health, many females suffered from lack of sanitary pads, in some households, mothers cannot afford to buy sanitary pads and resort to unsanitary measures such as using clothes and other rags.

For rural women, the Covid pandemic meant disruption of remittances. Many Kenyans living in rural areas, depend on sons and daughters and other relatives living in cities and towns to support them. The ping of an Mpesa[4] message is always exciting for rural communities, it means they purchase what they need and pay for basic necessities such as food. With the job closures, money trickling to rural areas stopped. This therefore meant less purchasing power, it also meant that families had to readjust in terms of consumption. For example, some families had to consume less food in order to be within an affordable budget. Many families because indebted as they were unable to pay cash at the local shop within the villages. As one mother reported, “Children would be sent to my shop by their mothers to get milk, bread and other goods on credit, I had to sell on credit not knowing when I would be paid. It is very difficult to say no to a child, as a mother it hurts when you have to watch your children go hungry”- Joyce Mutai- Woni wa Uamani Women Group

Covid 19 came with a lot of rumours and misinformation, furthermore, there was a lot of stigma associated with a disease that is both a health issue and a human rights issue. Many pregnant women did not attend clinics because priority was given to Covid 19 cases, furthermore there was the fear of infection especially with incidences where healthcare workers were getting sick or dying as a result of Covid19.It was also shared that for Persons Living with HIV/AIDS, many stopped going to healthcare centres for ARVs and this contributed to an increase in viral loads.

Elderly women took more care roles in the family, at the same time, they were affected by closure of churches. As one grandmother shared:

“We go to church not only to pray but is away of relieving stress. Closure of churches really affected us, especially, elderly women like me. Ever since I was born, I have never heard of a church being shut down”- Mueni, grandmother, Muvuti ward-Machakos

As the world prepares for building back better, the Covid 19 realities of rural African women should be on top of the agenda.

[4] Mpesa is a mobile money transfer service This story was submitted in response to #HerStoryMakesHistory.